Hope the form is good.

Here are a few links for new records in the shop this week, including BOB MOULD, THE REPLACEMENTS, PEARL JAM, JOE BONAMASSA, KIRAN LEONARD, AMON AMARTH, THE SCRIPT and WHITE DENIM to name but a few… Quite a bit new this week actually.

Check out all the releases in video format here, there is a nice bit! :

And it’s a bit of a bumper week next Friday the 1st of April… Biggest I suppose is the newLAST SHADOW PUPPETS record, ‘Everything You’ve Come To Except’, out on Domino Records via PIAS. Out on CD, CD/Book, LP, or Limited LP + coloured bonus 7’’. Alex and Miles return for a second offering eight years on from debut. The deluxe heavyweight gatefold LP includes a 32 page booklet, and a bonus coloured 7’’ featuring lead single ‘Bad Habits’ and an exclusive new track. Check out ‘Bad Habits’ below : THE HEAVY also return with their fourth record… A real melting pot of influences and funkiness… Again there is a limited LP with a 7’’ and also a limited LP Boxset available on Counter Records via PIAS once again.

Another biggie out from PIAS next Friday is the new MOGWAI record on Rock Action… Again Indies only coloured vinyl… ‘Record Shop Day has arrived’ I hear you say, 15 days early…!! 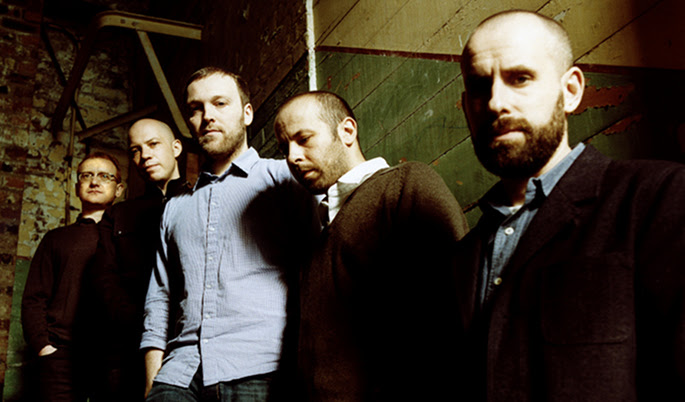 I’m hearing a small bit of disappointment on the shop floor about the releases for RSD this year. I must agree that there are not as many belters as last year…. It is more varied and diverse for sure… But obviously a disappointing list (in some eyes) affects the day (naturally enough). Releases like the three above would have been belters of releases for RSD… But record companies know that customers are going to go to stores anyway maybe and get those three above.. I am a firm believer in LPs for RSD.. More LPs, less EPs and 7’’s for the day anyway. Fingers crossed anyway. Good LPs will always tip away. A collectable 7’’ you can look at for a long long time (forever) and may not be that collectable in the end, unless your a dustmite… Nice then alright.

That said, we can crib as much as we want, but there are some solid releases as always on the day! These include BOWIE, METALLICA, THE DOORS, BOB DYLAN, THE ANIMALS,NIRVANA, as well as a good focus on modern popular bands like BLOSSOMS, BIRDY,BASTILLE, and many more. So while the list may be a lot more varied this year, there are some golden nuggets of limited vinyl as always provided by the RSD day.

Overall it is still a day we are all very much looking forward to in the shop… Limited vinyl and live music always leads to a great day!

Not fully confirmed yet but a nice bit of music lined up for the day as per usual.

Confirmed are ANDERSON, CRY MONSTER CRY, RAISING JUPITER, and brilliant Cork newcomers CROJAYN…. Check out these boys! Should hopefully have one or two more confirmed for next week! 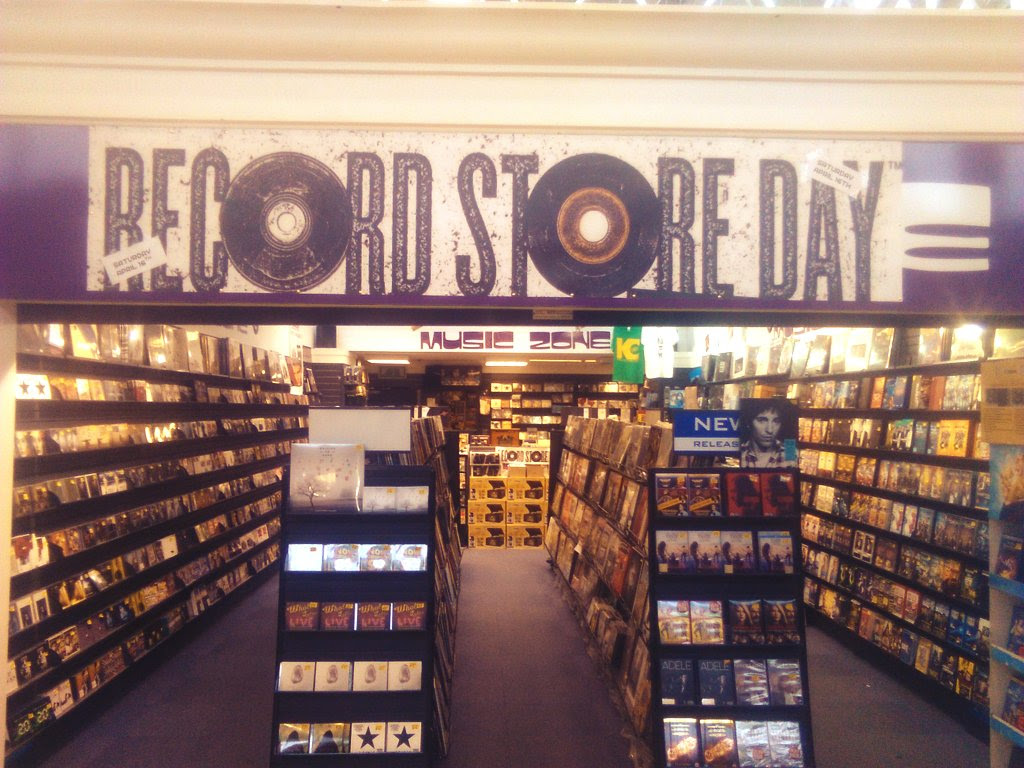 Second biggest release for this week in our opinions is the new album by THE SHAKER HYMN.. Their second record and it’s another beauty.. A bit more of a psychedelic feel than the first record.. Great tunes once again all through, and very well produced by Brendan Fennessy of O Emperor… Sax, cello, piano, organ, viola, trombone thrown in from time to time on this new CD with great effect.. I know quite a few of ye picked up the debut album from us and this new one certainly is a step forward. The Shaker Hymn really are one of the best hometown bands around at the moment… About to start a nationwide tour, and they are playing Coughlan’s on April 22nd.  Might have the lads in for a few tunes also soon.. 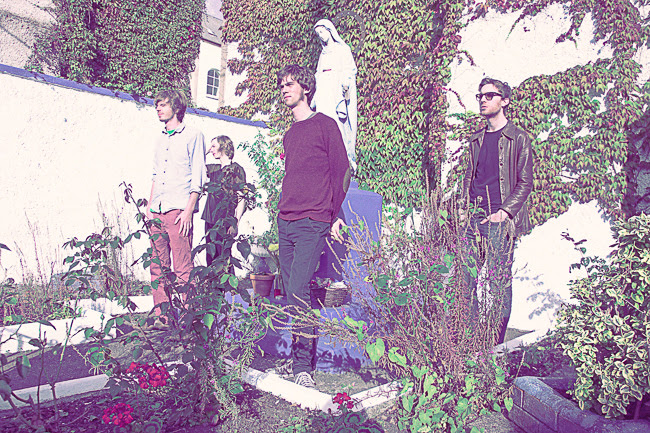 Forgot to mention with the PIAS stuff above… There is a special 10th Anniversary 2LP on coloured of the SUFJAN STEVENS classic ‘Illinois’… I must admit his album last year was my favourite of the year.. A truly beautiful record..’The man who taught me to swim, he couldn’t quite say my first name’.. You couldn’t fault Stefan now to be fair.. Maybe not for everyone, but pour moi, a gorgeous album… Understated, soft, and dark.

Proper have a few interesting releases out for next Friday, including the new PET SHOP BOYS album, JAMES LUTHER DICKINSON and THE NORTH MISSISSIPPI ALLSTARS album ‘I’M JUST DEAD, I’M NOT GONE’, and RYAN VAIL, a young lad from Derry has an interesting record out… Classical / Electronica type of thing if that is a thing..

Fortuna Pop has the new SEPTEMBER GIRLS record out next Friday.. The Dublin 4 piece play Cyprus Avenue on April 16th, with upcoming Cork group The Sunshine Factory.. Will be a gig not to be missed!

Warner have an album by LUKAS GRAHAM (Band) out next Friday also.. Lukas (singer) had a different upbrining than most… Brought up in an autonomous artist’s enclave in the centre of Copenhagen, with no cars, street lighting or police intervention, which goes by the name of Christinia… Probably shapes you a bit different so he might have something to say..

Warner also have a new album out next week by WEEZER… Their tenth.. The White Album… Now lads… There really only is one…

Also out by Warner is the Rock n’ Roll Hall of Fame DLP Live, which has a loud of household names on it.

The new PANIC AT THE DISCO album gets it’s vinyl record release. Also Warner have the reissue of the 1967 classic ‘West Meets East’ by RAVI SHANKAR and YEHUDI MENUHIN.

Lastly from Warner for next week is a new BLACK STONE CHERRY album ‘Kentucky’, on CD/DVD and LIMITED 3LP on white vinyl with codes.

Universal have the soundtrack to new Irish film ‘SING STREET’ and the vinyl record release from the riveting AMY WINEHOUSE documentary ‘AMY’… The latest Bond soundtrack is out on vinyl, and lastly from Universal is the new album from BABYMETAL, ‘Metal Resistance’ on CD, LP and LP Set which includes a T-Shirt… 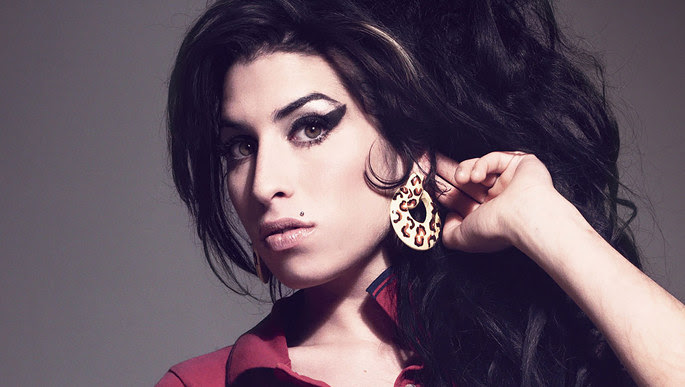 Very lastly, we have just had another SUPERB act confirmed for R.S.D… Anna Mitchell has agreed to do a slot with a little help from John Blek… That will be a very nice one.. All good…

Check out what’s coming and going at :