Hi Everyone,
Hope ye’r all doing ok..
Dolores buried this past week… Ah very sad for her.In fairness to the family… Allowing people i.e. joe public to show their respects… I’d say the mother is quality.. Terrible unimaginable thing to have to bury a child (at any age)..
Mark E Smith then this week… Maybe i’ll start looking for work as an obituary writer.. It seems like it’s going that way…
What would you say about Mark E…!
One of many many stories i’m sure, but one I read was via a record company when he was asked could they use a bit from an interview of him as an intro for a song for a new band… Mark E didn’t do email so the girl looking for the clip wrote to him and asked him… “Can’t use it”  was the reply..  “Use anything else but not that”… Included in Mark E’s reply was a cassette tape… The girl, hoping for some incredible moment on the tape dashed to get a player somewhere…. C90 tape was blank, empty, zilch…. Nothing on it…. Brilliant brilliant brilliant Markie boy!
I must admit THE FALL stuff kind of passed me by to be honest… Must dig into a bit of it…I know there are 5 or 6 of ye who kind of swear by Mark E and I would trust ye’r judgements so will go digging… Interesting dude by all accounts!!

Right so I suppose.. Releases in the musiczone.ie plaza today include new (and old.. What’s The Story back in on vinyl after a long absence..) albums by CALEXICO (sounds bloody great by the way… Very impressed), NILS FRAHMS, MACHINE HEAD, BETH HART & JOE BONAMASSA, DJANGO DJANGO and NIGHTMARE ON WAX, as well as reissues by THE KILLERS, ASLAN, FUTURE SOUND OF LONDON, BEAUTIFUL SOUTH, THE HOUSEMARTINS (maybe put back a week), JEFF WAYNE’S WAR OF THE WORLDS, SINCERELY L COHEN and SANTANA. 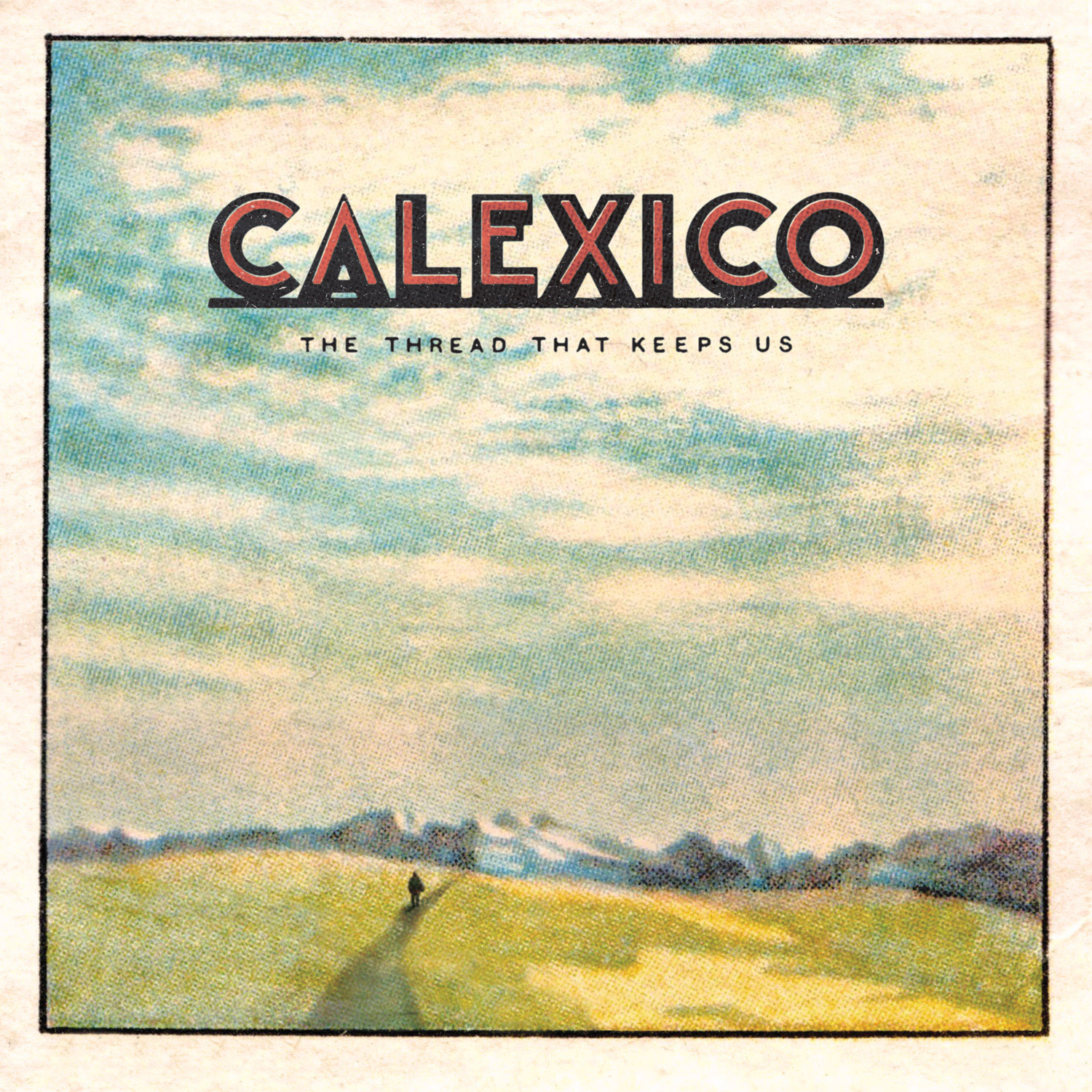 So a nice little roster of releases for today to be fair. All can be viewed in this week’s video here :

Before we move on to releases for the 2nd Feb (spring is in the air) there is something a need to address… We have received numerous emails in December from various organisations… Pitchfork, Rolling Stone, NME to name a few… All asking the same question.. When is the Musiczone.ie Top 20 albums of 2017, decided upon by the Musiczone.ie corporations shareholders and customers, going to be released into the public domain?
When, when, when…?
Not saying outright that these organisations were trying to get a feel from the corporations customers about what was good or not… But we were hounded..
Is that smoke ye feel blowing up towards ye’r bellies by now… Oh yes it is…
Anyway without further ado… 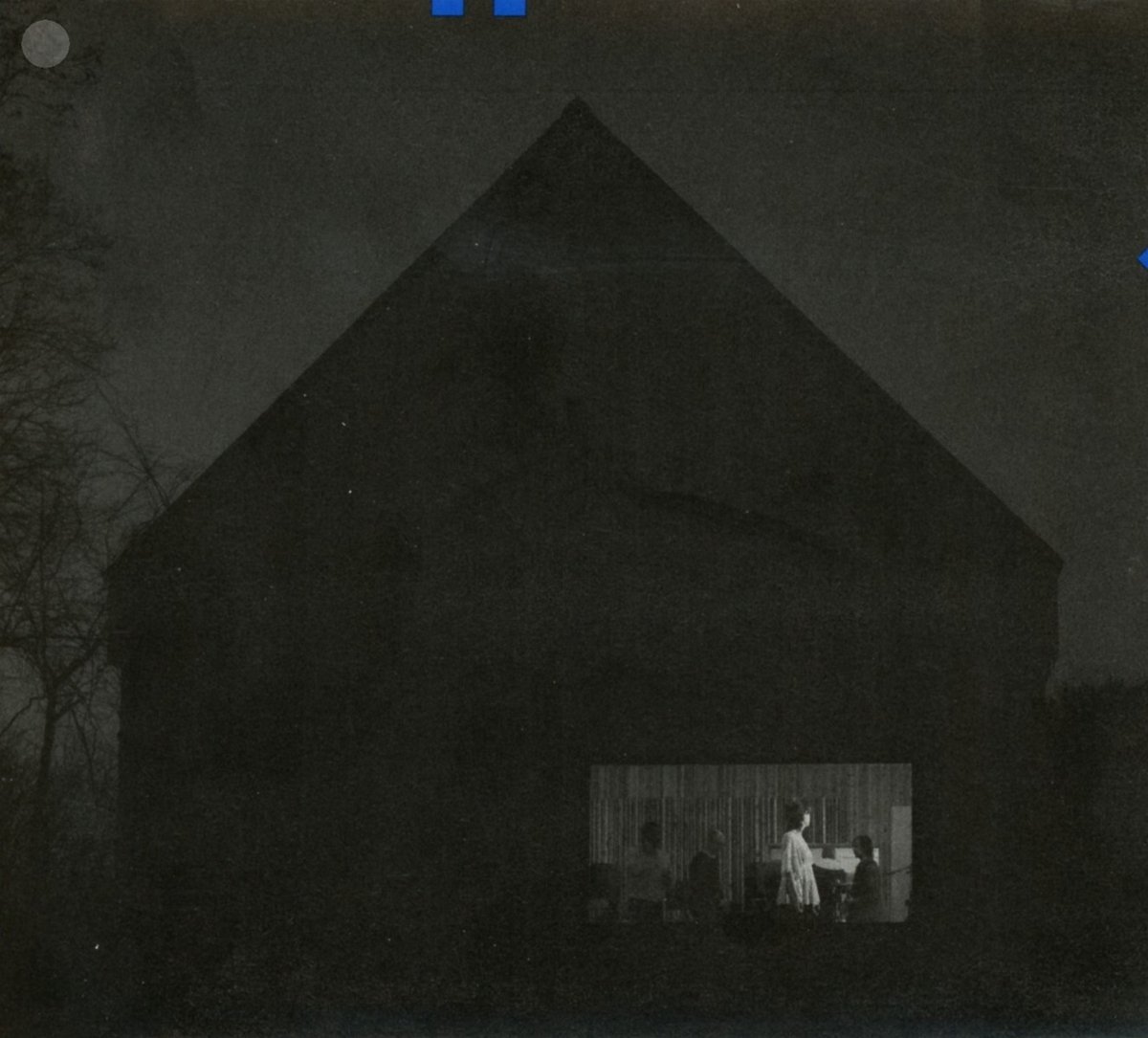 The National won handy enough to be honest in the polls… The top 3 appeared quite a bit… More spread out after that…. And the winner of the 50 Euro voucher is… Drum roll please…
Dave From Cork!! (How many Dave’s are there in Cork? We’ve got great nick names for all our customers don’t we?)

Right so on to the 2nd of FEB Warner have new studio albums by SIMPLE MINDS (indes only coloured vinyl with an etching on side 4… The 20th album by the lads).. SAXON “Thunderbolt” on MC, CD, RED INDIES LP and a Box containing the lot, the RAE MORRIS new album and lastly the new CORROSION OF CONFORMITY on LP. 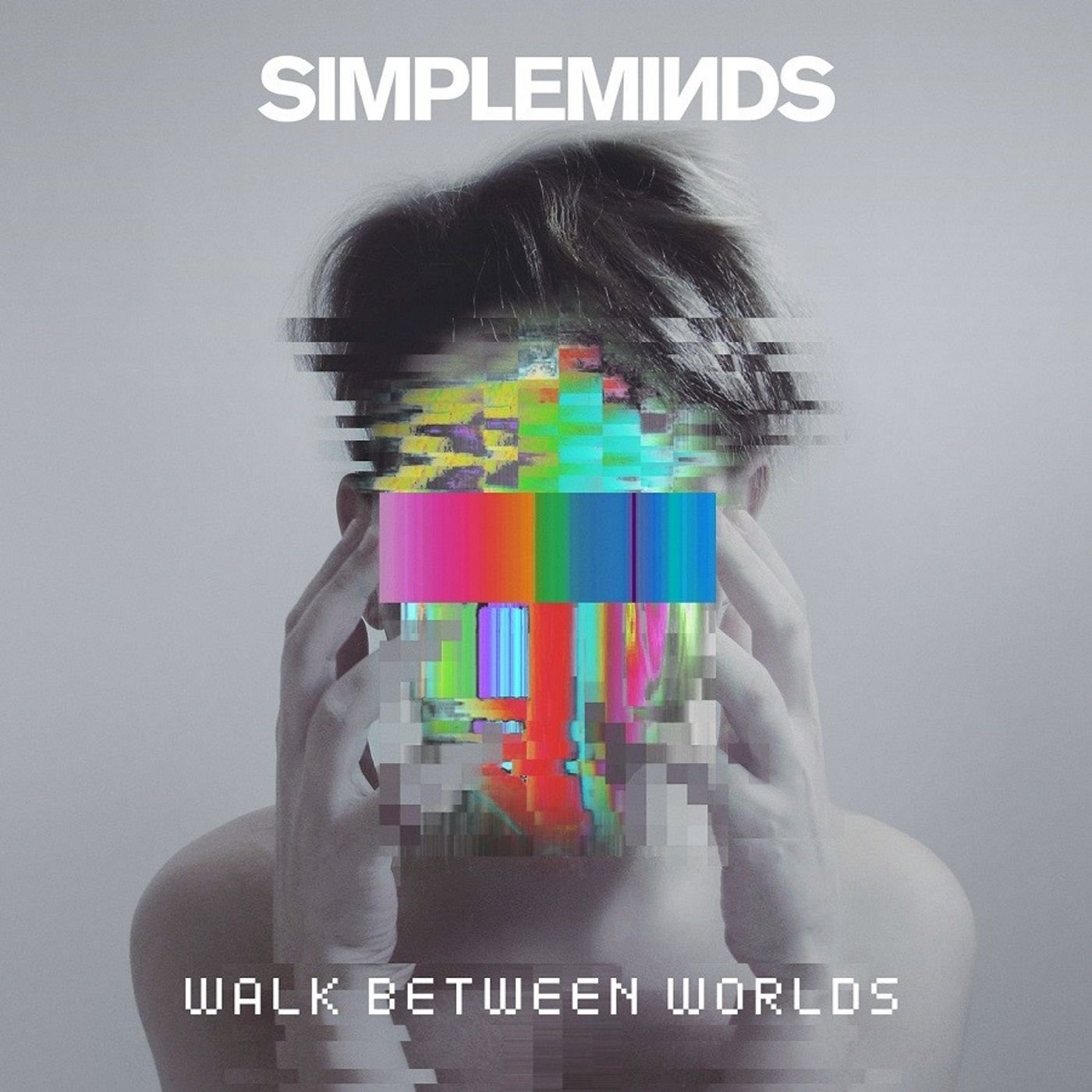 PIAS have the new FIELD MUSIC album for the 2nd of Feb again as an indies only coloured vinyl on pre-orders only, as well as some old rock n’ roll LP reissues from the likes of CHUCK BERRY, EDDIE COCHRAN, ELVIS and also JACQUES BREL and JOHN COLTRANE.

ROM have the repress of THE LEVELLERS 3 LP greatest hits.

SONY have new album by JUSTIN TIMBERLAKE called “Man Of The Woods”… The title does not instill confidence in me… Book by cover Raymond please.. Now now.

Uni have a couple of MAGAZINE LP reissues, MUDDY WATERS – Best Of LP in mono, METALLICA “And Justice For All” LP reissues, as well as new albums by POPPY ACKROYD CD and LP, IAMX “Alive In New Light” and JOHANN JOHANNSSON “The Mercy” OST on CD only. Lastly from Universal we have a super douper deluxe boxset thingy of the first ROXY MUSIC album as well as a BEE GEES live DVD and Bluray “One For All Tour In Australia”

Just on the whole albums of the year thingy… Game of opinions I think we said in the past once or twice.. Here’s my choices..

6. Happy Abandon – Facepaint : I  really liked it, still do… Great orchestral feel to a lot of it, played it a load all year… Really like it

5. Mount Eerie –  A Crow Looked At Me : A sparse album about death, pain and loss basically… No cheerios with warm milk in this one….. But if you can take it it’s really worth the listen if only for a reality check… Phil Elverum wrote this album about the cancer that came into his family’s life and ultimately took his wife… Maybe if you have suffered loss in recent times you may get something out of it… It’s a bloody harrowing listen… Opening line

“Death is real, someone is there and then their not”

I came very close to buying the records in for the shop direct from the record label in the states but I had to buy 20 to get them shipped and just was a bridge too far I thought…. Harrowing but recommended.

3. TALOS – Wild Alee : A gorgeous listen in my opinion… Just gorgeous… Outside money for the Choice Award

Heres a few more from ye’rselves with some top 5s.. A nice few reviews left by ye so thank you.. Just to note from Bob-Man, this email may cut because of the reviews taking up a bit of space.. If it does, down the bottom of the page there should be a ‘view full email option’. Not sure if it will, but just in case!

1. The National: Sleep Well Beast
This one caught me by surprise. Was always aware of The National but I never really gave them a listen, always meant to but always forgot. Pure luck I was looking for something new to check out and put on the first track ‘Nobody Else Will Be There’ and it knocked me for six. Kept listening to it….definitely one of the tracks of the year for me. The album itself is a real slow burner….like all great albums, it’s a grower. Each listen keeps getting better. Songs like ‘Guilty Party’ and ‘I’ll Destroy You’ are incredible examples of this. Beautiful melodies that built and built. You hear something new every listen…when the drums kick in on the 1min 20s mark on ‘Guilty Party’….doesn’t get better than that. The only track I’m not fussed about really is ‘Day I Die’..1 out of 12 though, not bad. This album was a nice surprise for me and has been on steady rotation.

2. Feist: Pleasure
A close second. I’m a big fan of Feist. Her 2011 album ‘Metals’ was my album of the year back then so I was really looking forward to this and it didn’t disappoint. It’s essentially a Lo-fi break-up album. The sound she’s able to get out of an acoustic guitar is amazing…almost growls. Really beautiful songs. Again, takes a couple of listens but with songs like ‘Lost Dreams’ and ‘Century’ you can’t go wrong.

3. Bonobo: Migration
Another favorite artist of mine….if you’re into electronic music. Bonobo has released some amazing albums, 2013’s ‘North Borders’ is a highlight. Migration came out in January 2017 so really early on and initially I wasn’t that blown away…guess I wasn’t in the mood. But I rediscovered the album later on in the year and it just clicked. This album warrants headphones, beer/wine/coffee (whatever you tipple) and to be listened to in 1 sitting. Some lovely slow building songs here. Song’s like ‘Break Apart’,  ‘Outliers’ and ‘Kerala’ really set the scene….he’s a master at creating beats (yes I said beats) and melodies.

4. LCD Soundsystem: American Dream
Another group (man?) that I’ve always heard about but never checked out. Something in my brainbox told me this year to check out their new one and it was awesome. It starts off so well…’oh baby’ a slow building synth masterpiece. And when the bass comes in on the second number ‘other voices’..wow…seriously stick on this song and at the 0:15s mark hear that bass and try not to move….holy shit!!! Very clear Talking Heads and Bowie influences here..so much so that friends have gone ‘Is that David Byrne?’. But it’s a solid album…the drumming and bass playing is top notch.

5. Four Tet: New Energy
One for the electronic heads out there. Big fan of Four Tet…his album ‘Rounds’ should be mandatory listening for everyone thinking of getting into electronic music (or just everyone)! His last few albums/releases have been very ‘house/techno’ heavy which isn’t really my cup of tea..a bit too 90s for my blood. So I was very pleasantly surprised when he dropped the first track from this album ‘Two Thousand and Seventeen’. An ambient style slow drum beat with a beautiful melody. He’s gone for more of an ambient style on this album and I can’t recommend it enough. Songs like ‘LA Trance’ are amazing in the headphones..when the drums drop..holy shit!!
—-

1. Cigarettes After Sex – Cigarettes After Sex
A really strong debut from a band that have taken a while to release their first full length. Dreamy, sensual noir pop which couples sweet echoey guitar tones with soft, breathy vocals. One album in and they already have a perfectly defined sound. My favourite album of the year.
https://www.youtube.com/watch?v=5-rbSNzU_b8

2.  Phoebe Bridgers – Stranger in the Alps
A sombre collection of songs from an LA singer-songwriter. Very direct and personal, but tender and ethereal without sounding self indulgent. ‘Ghostly’ is the word I think describes it best.
https://www.youtube.com/watch?v=9sfYpolGCu8

3. James Vincent McMorrow – True Care
A surprise release that caught most people unaware’s, JVM’s fourth album has some of his best work on it. It’s raw and imperfect but somehow pushes his sound even further forward, sliding between balladry and electro-soul.
https://www.youtube.com/watch?v=hXo8zIoTGIw

4. Slowdive – Slowdive
A fantastic comeback for the shoegaze maestros after 22 years without having recorded together. Ethereal, hazy and shimmering, it’s everything you’d want from a shoegaze record.
https://www.youtube.com/watch?v=_kB2ot1PWy8

5. Lil Peep – Come Over When You’re Sober P1
Pennsylvania artist Lil Peep’s genre-mashing of emo/alt rock and hip hop makes for a strikingly dark record, his vacant delivery echoing the depression and frustration in the lyrics, where he discusses drug use, the rock ‘n’ roll life and his mental health. A tragic listen given his death in August aged just 21, cutting short a career that no doubt had a lot more to give.
https://www.youtube.com/watch?v=xAMgQQMZ9Lk

Sin é for this week folks
Thanks for listening,
Ray
musiczone.ie