Hope ye all are well and had a good week.

Quite a bit happened I suppose in the last week with U2 announcing Croke Park and the Choice Music Prize nominations.

Pairc Ui Chaoimh next for the U2 boys on their Joshua Tree tour….???

The Joshua Tree concept seems to have really hit a nerve…. Savage interest in it on the shop floor all week….. Tempted myself i must say.

The rep tells me there’s another gig to be announced lunchtime Monday but it looks like Dublin again but is there a third night somewhere else.. I wonder…. No pressure builders to get the Pairc done…. Be nice wouldn’t it…. I grew up with U2 and will always have huge time for them. 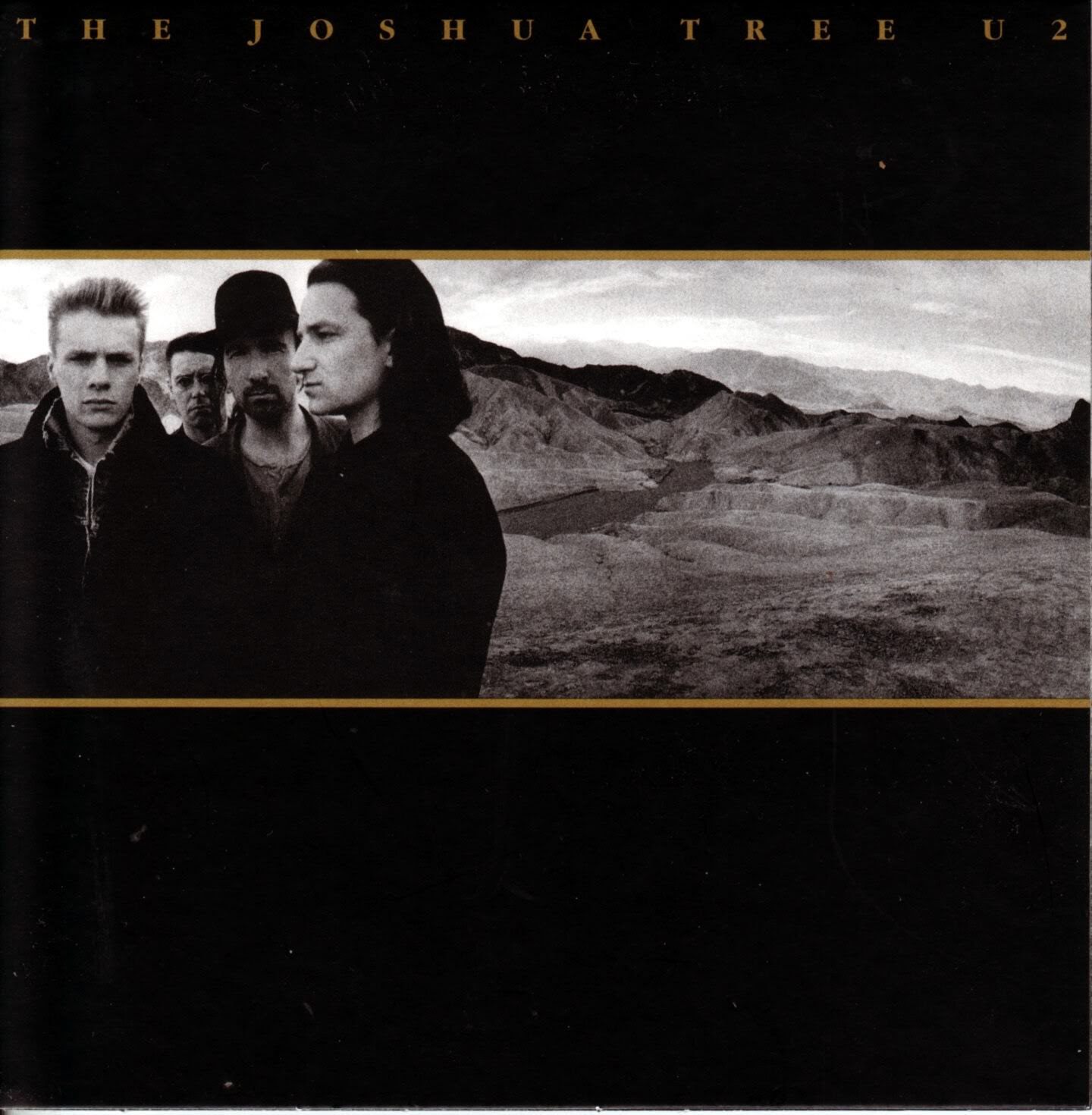 I have a tip for tickets which people generally overlook in Cork… I’m giving away a state secret here now, so some of you may want to shoot me… Again this week… Pro Musica on Oliver Plunkett Street has been a Ticketmaster outlet for about 30 years i’d say….. 8.15 monday morning, hot cup of tea…. 45 minute wait.. I think you’ll get two U2 tickets…. Think i said…. Sorry to those whose secret i’ve spoiled…. Maybe it wasn’t a secret at all… It’s not now anyway!!

Couple of nice ones in the shop for today including THE XX (STANDARD or DELUXE) THE FLAMING LIPS and Brazilian metallers SEPULTURA..

As usual you  can check out the video this week, a nice little story in this week’s one for you as well..

THE XX and THE FLAMING LIPS are two nice listens from what I heard yesterday and today… Could be wrong (didn’t read the sleeve notes) but I think there is a voice over on the Lips album by Darth Vader. 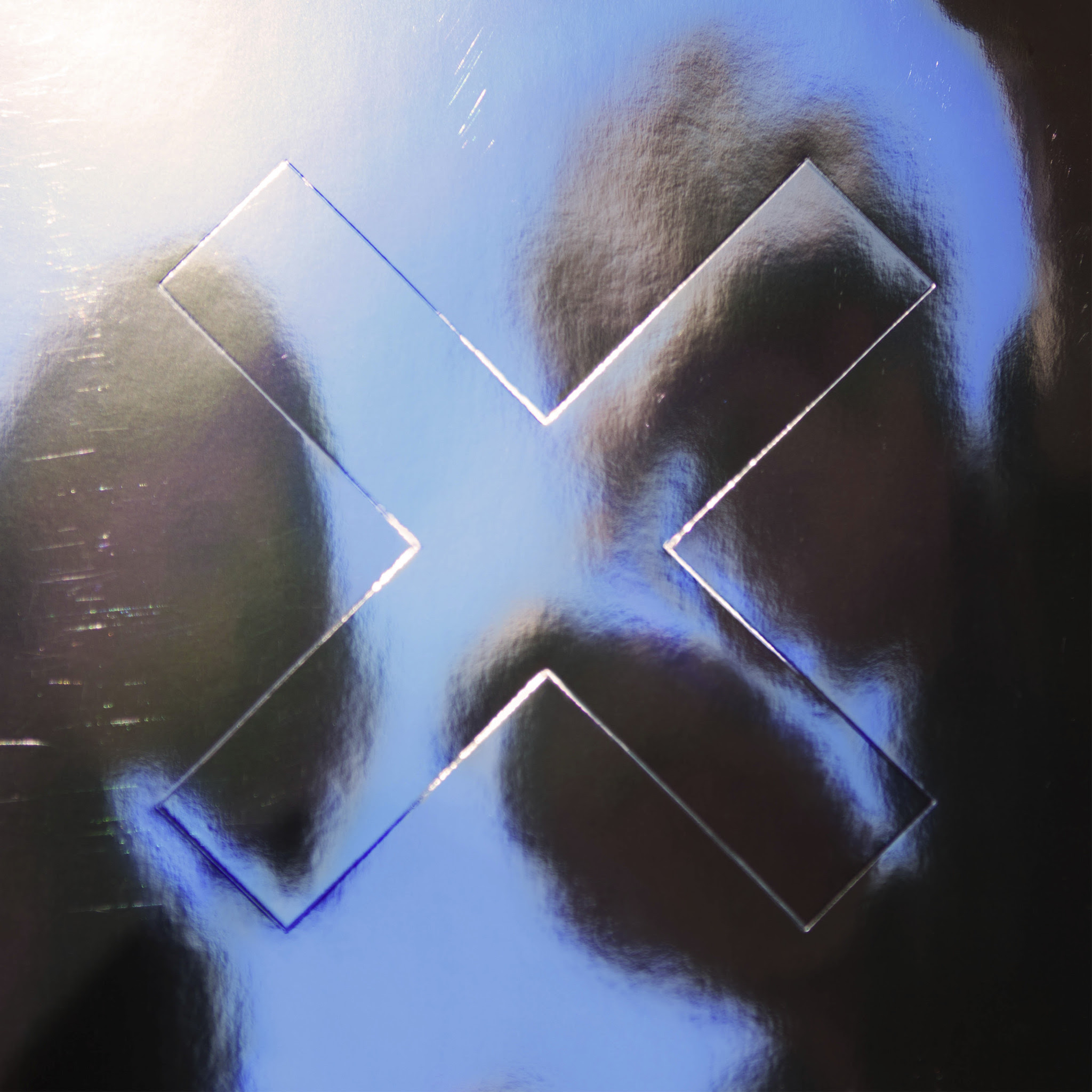 On so to releases for the 20th of jan… We will get back to the choice nominations a little later on…. First up this week is the reissues of the first two PAUL WELLER solo albums… The self titled debut and “Wildwood”…. Pity folks about the pricing… A new level again really…only a single LP with a poster i think some colour stickers and the lyrics…. But it will be on the shelf at 38 euro… Same or worse everywhere else I think.. I asked why it was so expensive but I did not get a reply… I don’t know why it’s so dear… Pity two nice ones and all.

Ommadawn,  was released in 1975, and remains one of his favourite of all his releases. Connecting with his Irish roots, the original 40-minute suite has long been much-loved by his fans.

From his studio in the Bahamas, Mike has crafted two suites of music that incorporate the past and the present, recording with acoustic, analogue and faithful reproductions of 1970s instruments all together in sweet harmony. For the first time in many years, Mike has hand-played every instrument (22 in total) on the recording himself, and in a nod to its 42-year old predecessor, crafted new vocal sounds and effects from the original Ommadawn. With its fabulous fantasy gatefold illustration by Rupert Lloyd-Smee, who designed the sleeve for Mike’s critically-acclaimed The 1984 Suite, for an artist truly synonymous with progressive rock, it all marks a return home. A Return To Ommadawn. FORMATS: HALF-SPEED MASTERED BY MILES SHOWELL AT ABBEY ROAD. 180GM HEAVYWEIGHT VINYL. GATEFOLD SLEEVE. 24”x 24” POSTER • CD/DVD SET: DVD INCLUDES EXCLUSIVE MIKE OLDFIELD 5.1 MIX; FOLD-OUT SLEEVE, 12 PAGE BOOKLET• CD: JEWEL CASE: 12 PAGE BOOKLET.

UNIVERSAL have quite a few more reissues on LP for next week, also including the brilliant PORTISHEAD with the self titled album from 1997 and the reforming album “THIRD” from 2008…

A couple also from DUSTY SPRINGFIELD including “In Memphis” and “The Silver Collection” compilation.

Uni also have the GARY MOORE reissue of “Wild Frontier” on LP, and the LP release of the score from “ASSASSINS CREED” done by Jed Kurzel… Brother of the director i’m told, and they have a new album by metallers A.F.I, and a live MARILLON album called “Marbles In The Park”.

Proper Music have the reissue and limited, deluxe and numbered edition of T- REX “The Slider”…. Coloured as well actually… Silver and red.. They also have the new record by ALEJANDRO ESCOVEDO “Burn Something Beautiful”… Great star studded band with him…. Produced by Peter Buck.

Quick little story… You will only find this funny if you listen to this song first.. Well the first twenty seconds is all you need to hear…… I thought this story was a beaut, hence i’m sharing it….

I was playing Swoon in the shop during the week….. Random choice i know….. Great pop record I think, you might agree, when a regular lad came in….. ‘Ah christ i loved that album’ he said…. ‘I used play it and play it…on tape’ (tape was the tipple of choice at the time), ‘great album’ he said and then he told me how he walked into his bedroom to find his two and a half year old son with the tape wrapped around himself, ala DANIEL DAY LEWIS In The Name Of The Father (I added that for effect)… My man wasn’t too happy and gave a small giving out….  You can’t do that type of thing, to which the two and a half year old replied… .’NO MORE Bo Bee…No More Bo Bee’…..

No more Bowie (separate to above) … It’s still hard to believe really…. I think we all probably played some Bowie in the last week or watched some Bowie TV…. My five year old asked me to play Starman again last sunday morning as Ziggy was on the record player… Ah the wheel will turn forever there my friends.

Sony for the 20th have EURYTHIMICS ‘Greatest Hits’ LP reissue.. MEAT LOAF ‘Bat Out OF Hell’ reissue on LP, and the new album by FIREWIND ( GUS G’s band… Gus was OZZY’s guitarist in recent years), as well as some FIREWIND reissues…

ESSENTIAL have the new RUN THE JEWELS record out next Friday also… ‘3’ it’s called and on CD and DLP…. 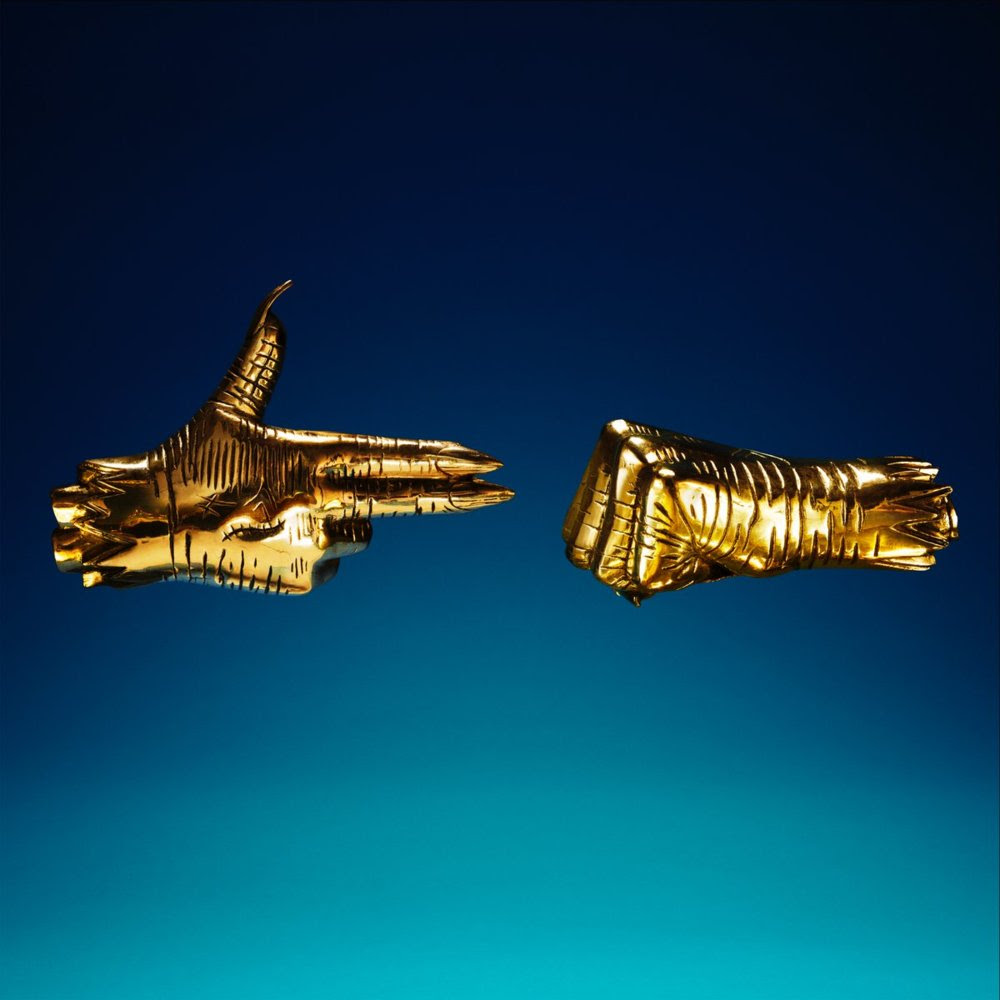 Warner have the second and last pressing im told of the KATE BUSH  “Before The Dawn” 4 LP set…. Out next friday also the 20th..

Warner also have some cracking reissues… Good, young folk reading this ramble.. Ye would not go far wrong with these next few reissues if you like, rock, punk, alternative rock… First up is the masterpiece by THE STOOGES “FUNHOUSE”, and to entice ye even more it’s on limited Orange and black vinyl and it’s 20 bucks… not far wrong at all…. Also there are some reissues by a really underrated band called THE REPLACEMENTS from America in the late 70s…. Alternative rock, punk band… Great songs…. “Tim” is a fine album. 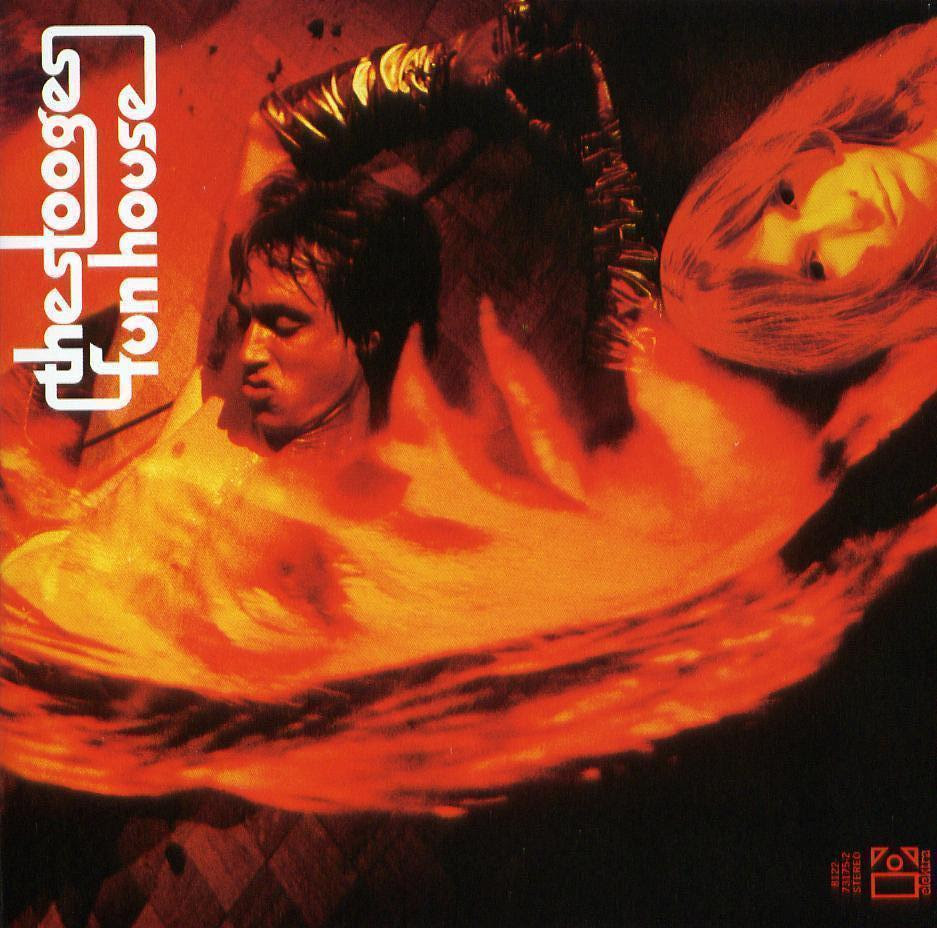 WARNER also have a Picture Disc 50th Anniversary of THE GRATEFUL DEAD’s debut .

Pias have MICK HARVEY “Intoxicated Woman”, the next in his series of SERGE GAINSBOURG songs, a NIGHTWISH live 2CD from Wacken and lastly a VISAGE compilation called “WILD LIFE”…

Moving back to the Choice Nominations and every single person will have their own opinions…. I’m saying it a long time… It’s a game of opinions… One mans meat yada yada yada….

We would know 7 of the ten albums reasonably well to very well and we could not fault their inclusion… Fine records… Great to see WALLIS and ALL TVVINS  on it.. Both friends of the siopa… Fully deserved as well (WALLIS is  upstairs in the OLIVER PLUNKETT Friday Jan  27th)….. There is lots of fine music being made on these shores and it is a really positive note in my opinion that RTE, the state broadcaster has got involved…. Maybe it can move to a live TV show for a couple of hours next year to showcase the talent.. Live on radio this year with a one hour highlights show a week later on TV…. So that is a great step…. Forgive me while I put my blood and bandage hat on for a few minutes and gush about THE FRANKS (fine album…My top five of year…) JACK O’ ROURKE, BRIAN DEADY and MICK FLANNERY’s albums which would not have been at all out of place on that list…. All of them ! (Lucky im not a judge!!) …. But every lad or lady in every county probably would have their own lists… Four really fine albums though in my opinion…. The Franks are an institution…. Deady and O’ Rourke are two talented dudes where hopefully the sky is the limit…. And Mick…  Sure Mick is Mick… In my opinion one of the most talented singer-songwriters this country has ever produced and five albums in, and to my knowledge no nomination…. Consistent, high quality stuff …… I’m sure it doesn’t require it, but Mick wouldn’t want or know how to kiss any bums……. Anyway all in all the Choice are a great thing…. More exposure please for our talent.

And sticking with brilliant Irish talent, we have now uploaded the brilliant DECLAN O’ ROURKE in-store to our website video page.. What a day in the shop that was, Declan played his hits from ‘In Full Colour’ with a string quartet, and a huge crowd of ye made it a very special day… Check it out!

We hope to have THE RIPTIDE MOVEMENT In-Store uploaded for next week for you all, which should be in the newsletter again!

Sin e for this week from me…

Ray
(I think Bobby might have the competition results written up under here for me…..)

Thanks to all of you for entering our Top 10 Albums of 2016, the results are finally in! First up, a congrats to Ronan Condon on winning the 25EUR voucher, which will be in the shop for you next time you’re in. And how we worked it, any album which was voted #1 received three points, #2 got two points, and #3 got one point..  So here are the results.. 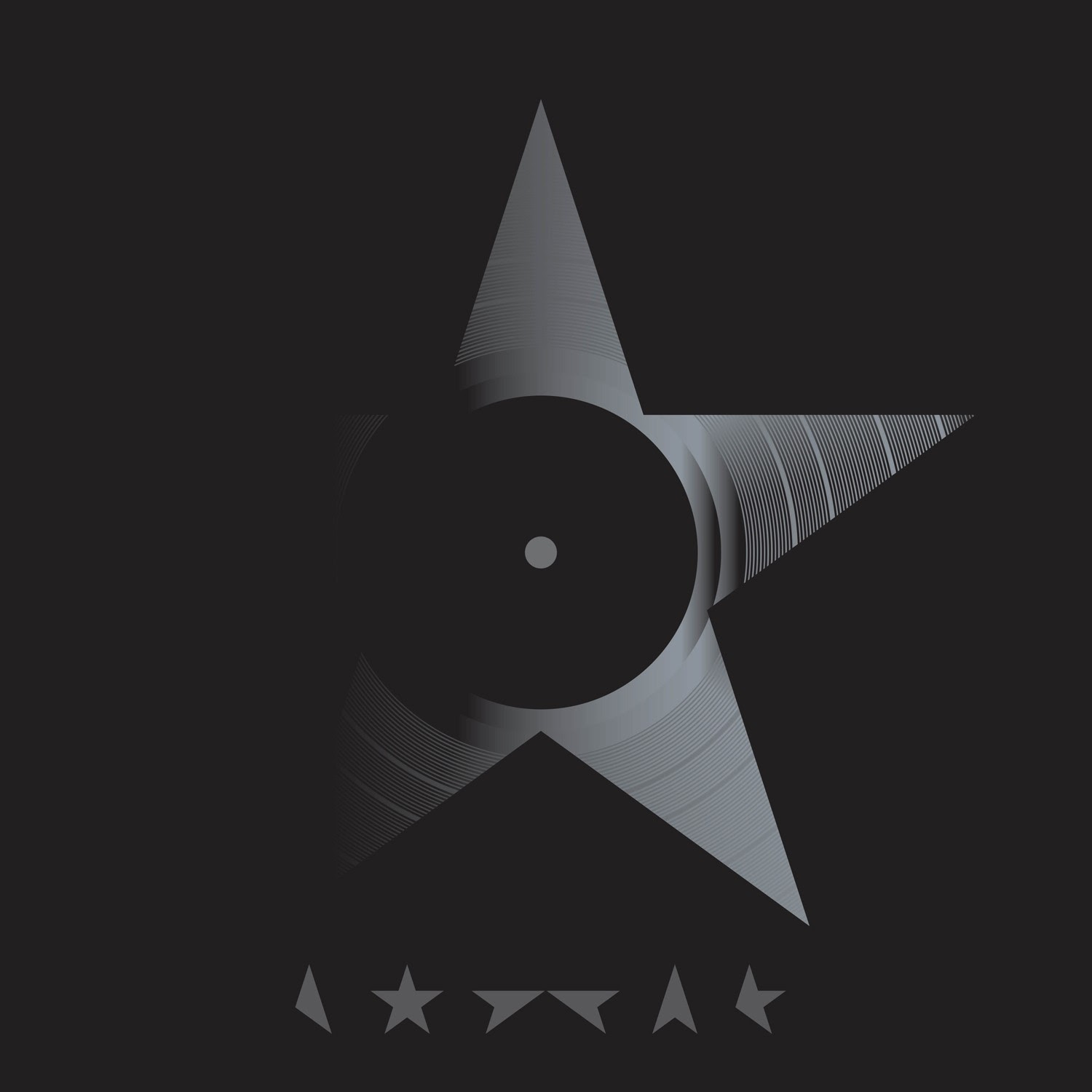 Well that’s it for today guys,