I must apologise for a few typos last week …. The time to be outside Pro Musica should have read 5.15… Sorry about that one…
Seriously though …. Did anyone chance them I wonder at about 8 o’clock?

I have not got a telling off yet this week about it… No one probably listened anyway and ye’d probably be right!

Who knows, they might do a surprise instore in some record shop for record shop day or something to make up for it … Ah the boy who cries wolf…

Stuff (nice stuff) out in the house today includes the last in the series of PINK FLOYD reissues ‘Momentary Lapse Of Reason’, and ‘The Final Cut’…. Think I may have forgot to mention them last week. 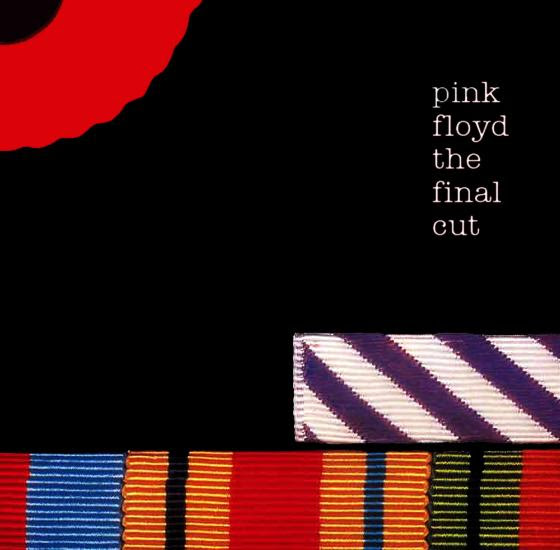 Video as usual for those who watch!

Moving on to releases for next week the 27th of Jan… Bit of a slow news week even though the schedule is decent enough for the year…. The ED SHEERAN album should be massive for the music retail sector … Out on the 3rd of March.. We hope to run a preorder competition with a good prize of something bespoke by Mr Sheeran… He is Mr. Sheeran to me now… Out with the Mr. Bonos (might change my mind if you announce a Cork gig like) and in with the Mr Sheerans….. No sticking albums for free onto your phones  without asking(!!) from Mr Sheeran …. Will keep ye posted on the competition.

Sorry…. Small tangent over…. Friday the 27th sees the release of the new TRAINSPOTTING soundtrack.. On CD only for now…. LP is June i think…. Fine looking soundtrack again… THE RUBBERBANDITS have a track on it…… Talk about fitting the bill!

Universal also have ARCADE FIRE ‘Reflector Tapes’ on DVD or BLURAY, CREAM’s ‘Fresh Cream’ on 3CD/BLURAY,  a few more FALL OUT BOY LP reissues and some ALEX HARVEY BAND LP reissues, as well as the marvellous BLUE BREAK BEATS Compilations Volumes One to Three getting the vinyl reissue treatment.

Lastly for next week again via Universal but signed to SPINEFARM records are Killarney natives GREYWIND…. Here’s a quick bio… And a tune…

Greywind’s home of Killarney, Ireland is a beautiful town and a popular tourist destination. For young people passionate about music – like the O’Sullivan siblings Steph (vocals) and Paul (guitar) – it’s a place of limited opportunity. Inspired by the likes of Thrice and Jimmy Eat World, the O’Sullivans would dream of a bigger future: But a dearth of other local musicians meant that their dreams of forming a band never really progressed beyond that. The turning point came following the suicide of their uncle. Grasping the shortness and fragility of life, Steph and Paul decided to forge ahead despite their lack of a conventional band line-up. On an ordinary Wednesday night, the pair polished off the lyrics to their first completed song Afterthoughts and recorded a demo of it the following day. They uploaded it on the Monday and were then immediately deluged by a flood of industry interest. Radio 1 quickly took notice when Daniel P. Carter played the demo and Zane Lowe soon followed suit by picking it as his Next Hype. Within six weeks, Greywind had inked a deal with Raw Power Management and were on their way to record and album with Jason Parry (Don Broco, McFly, Kids In Glass Houses) in Texas. Featuring lyrics which address the dark heart of the human condition, the resulting album possesses the visceral crunch and the soaring hooks of the bands that have so inspired them. Dynamically, however, they move in ways more mysterious than that template would suggest…The album’s continuing rush of highlights suggests a band with years of experience behind them.

Proper Music Group have the 10th Anniversary reissue of FRANK TURNER’S debut album ‘Sleep is For The Weak’ as a 2LP or 2CD…  Contains the original album plus 6 tracks of previously unreleased demos with side 4 etched with the FTHC logo.

Proper also have a JERRY LEE LEWIS compilation album taken from the original analogue tapes pressed on 10“ with 1000 cyan coloured ones only being done…. LEWIS was probably the first wild man of rock n’ roll… Ye probably know the story of when he had to support Chuck Berry at a show one night… Lewis wasn’t happy to be number two on the billing…. So he mixed petrol in with a bottle of coke and as he played his last song he poured the concoction over his piano and set a match to it, whilst legend had it continuing to finish the song as the piano was in a great ball of fire… He left the stage and as he passed Chuck said …. ’Follow THAT Chuck’…. Well rumour has it, it was a racial slur rather than the word Chuck was used…. Lord of the smelly feet would be out of a few dollars today if Lewis was around… He would have being perfect for DJT’s bash today… Definitely american enough i’d say… Ah man… Where are we going?

Proper also have a new JOHN MAYALL album with guest Joe Walsh… LP to arrive late Feb as well as a couple of budget CD releases by STAN GETZ and ELMORE JAMES.

Essential for the 27th have some AMON AMARTH LP reissues…first two albums i think.

SONY have a reissue of the very first BOB DYLAN Bootleg Series (1 to 3) as a five LP set  on 180 gram with a book… First repress since original press in 1991… We have an original pressing in the shop for 200 yoyos but we will let you out with the new repress for 60 yoyos if you want.

Cargo for next week have the new MICHAEL CHAPMAN album ‘50’.

Republic of Music have the BRUNO NICOLAI OST to ‘The Night Evelyn Came Out Of The Grave’ on DEATH WALTZ Records….. Limited and coloured.. They also have DEAF HAVANA’s new album…

I am promised a few visits from lads high enough in their respective record companies (the major ones anyway) in the next 6 to 8 weeks…. They want to tell me how great everything is.. I plan to get a few answers if I can to pricing and to codes or lack of them… If anyone else has any serious bug bearers you would like me to try an address send me a mail….

A good regular lad bought 8 records from us last Saturday to go home and find download codes in only 3 of them… Penalised nearly for supporting physical product and the whole industry…. Download codes should be a given when you buy a record… End of story..

Shellshock have the new MARK EITHEL record out next Friday….I think he is in CYPRESS AVENUE on the 11th of Feb.. 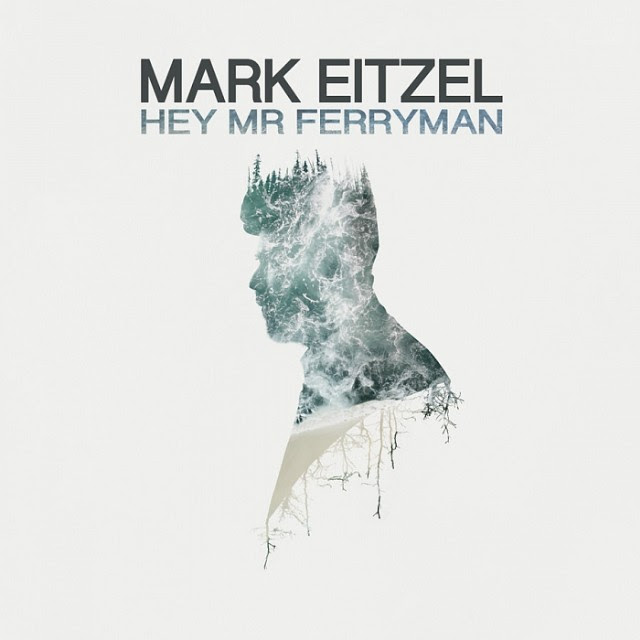 This new one is receiving really strong reviews … Bernard Butler’s (Suede) fingerprints are all over it having produced the record and played Guitar, bass and keys on it…. Lovely limited to 500 Vinyl with a 12 track CD of unreleased songs… If i get any that is…

Warner have a SEPULTURA 6 CD or 6 LP boxset of their Roadrunner albums on coloured vinyl, plus new ones from KEHLANI and JAPANDROIDS as well ANNIHILATOR 3 CD set and a nice CD Reggae Compilation on VP.Sorry folks I probably kept the biggest release of next week til last … From Pias via Third Man Records is the repress of THE WHITE STRIPE’s ‘Get Behind Me Satan’… As a DLP… PIAS also have a new TY SEGALL…. They also have an Indies only, coloured ‘Live In Paris’ by SLEATER KINNEY, the new KREATOR album on a load of formats as well as GUY CLARK ‘Live from Austin Texas’ on CD/DVD or DLP. 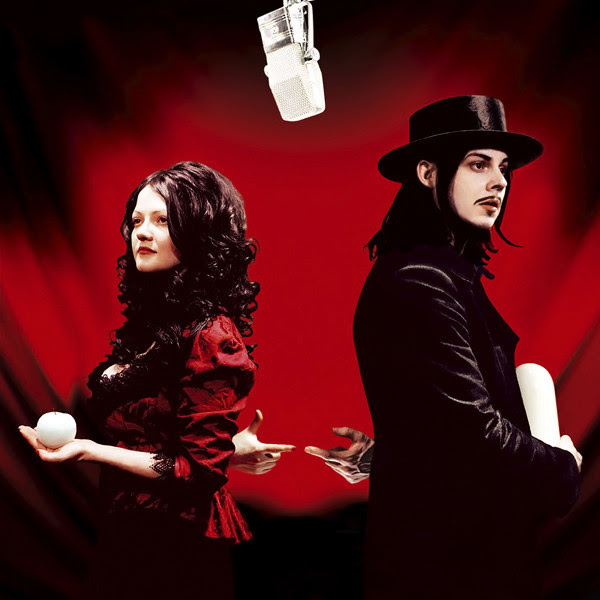 Quiet enough on the local scene at the moment… But as promised, we now have the Riptide Movement in-store from late last year up on the website for your viewing pleasure! Another cracker of an in-store.. Thanks again to Tim our video guru, to the band, and to everyone who came in and made it a great day in the shop.. Relive it here!
http://www.musiczone.ie/videos/

Sin e for this week folks…