The hurling is back… Thurles Sunday what’s the chances?.. Against the oldest enemy… Slim to none? Hard to call is my opinion.. Could, should be an interesting one.

Anyway… News on the RADIOHEAD white vinyl is better.. I am receiving 24 copies of it now… Better than 10… So still 6 copies available if anyone else is interested.. No luck at all on the single.. Got zero, zip, nada, nought… Crazy Ebay pricing now your only option (my advice, forget about it and don’t support the slippery quick buck merchants)… 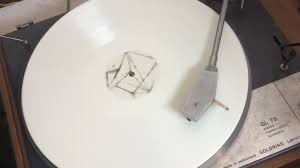 Anyway, June 17th for the Radiohead… I have not listened at all to it yet..

Moving on from that so… To releases for next Friday the 27th of May.. No major releases but still quite a few interesting ones.

Universal have the new CATFISH AND THE BOTTLEMEN album on CD and Gatefold Vinyl via Island records.. 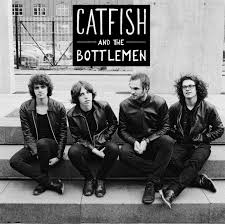 Thirty four years on and the return of MARTIN FRY with the follow up to ‘The Lexicon of Love’.. Part II is out next Friday.. CD only for now.. LP will follow in coming weeks.

There is a 9LP STEVE HACKETT vinyl boxset of his first 6LPs, plus previously unreleased ‘Live at the New Theatre, Oxford 1979’, and a double live LP ‘Live At Reading 1981’

Still more from Universal for next week, the third instalment of the MARVIN GAYE boxsets, this is an 8LP set again, covering records from 71-81, including the classics like ‘Let’s Get It On’, and ‘What’s Going On’, and the alimony acquired favourite ‘Here, My Dear’. 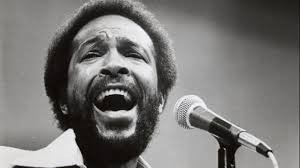 Universal have a reissue of TALK TALK’s ‘Laughing Stock’ and the NIRVANA live compilation ‘From The Muddy Banks of the Wishkah’ on double LP, and lastly there is a new ALAN PARSON’s triple live album.

Sony for the 27th of May have LACUNA COIL’s new album ‘Delirium’, limited edition CD and limited edition LP. Some nice Sony Legacy vinyl reissues also out, including titles from the brilliant JEFF LYNNE’S E.L.O, and the great bard himself MR. LEONARD COHEN… E.L.O titles include ‘A New World Record’, ‘El Dorado’, and ‘Out of the Blue’, and the Cohen titles are ‘Songs of Leonard Cohen’, ‘Songs From A Room’, and ‘Songs of Love and Hate’. Decent value on the Cohen’s at 18Eur each! 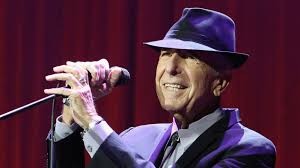 A good friend and customer of the shop, Tim Mc 2, put together a really fabulous video documentary of the shop on Record Shop Day… A brilliant piece in my opinion, really captured the day… Thanks Tim!

Tim and myself go back a while but inadvertently Tim is the reason MUSIC ZONE is here.. We worked together in McDonalds in 1991.. Tall ships race time.. Busy for the burgers, burnt fingers, work there, work anywhere… Tim got into GOLDEN DISCS just around the corner on Patrick Street. Tim always loved his tunes and I had him pestered if there was news on a job there, not to forget me… Low and behold, one day in trots Tim.. ‘I’m moving on Ray, will I put in a word for ya?’… True to his word.. Bod a bing, here I am… 23 years later, boring guys to death with my rambling notes.

If you can spare 40 minutes over the weekend have a watch.. We think it’s worth it.. Thanks to Ian, Frank, Stevie, Martin and Aaron for doing the auld interviews.. There are some lovely moments in the video.. I lightly chuckle when I see Arthur making his decision on his free CD from the box of freebies… The reaction is great I think (over Stevie’s shoulder during his interview!). Great document of a great day.. Thanks a million Tim.. And the rest of ye… Handsome devils for showing up… It was a Boyzone reunion audition in the man cave that day..

Lastly from Proper is the second album by CIARAN LAVERY… I am really looking forward to hearing this one… Firstly he is Irish which is always a great starting point for me.. So much Irish music is as good, if not better, than any of the stuff we are being force fed, but it is so hard to get seen.. Radio in this country don’t help.. It’s all about the dollar.. Why can’t this song be played on 96FM?… Radio Friendly, surely?… You heard the quality of the local guys here from the video.. Top quality each and everyone of them, and deserve a shot at it..

This dude has a lot of talent, and deserves to be heard… And he starts from the right place… All for one and one for all, let’s hold hands and build a wall.. 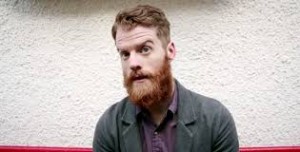 PIAS have new albums for the 27th by FLUME, on coloured vinyl for Indies only, the new I HAVE A TRIBE vinyl, as well as the new DEATH ANGEL record through Nuclear Blast… .DANIEL ROMANO’s new record on New West called ‘Mosey’ is also out… Being very well received by critics, LP is double gatefold at 45RPM in Mono, with codes.

Geoff Barrow of PORTISHEAD has the soundtrack to the ‘Couple In The Hole’ movie..

Plenty of reissues from PIAS also for next week including JOHN LEE HOOKER’S ‘Alive Volume 1’ and ‘Volume 2’, some MOBY vinyl reissues of ‘Animal Rights’, ‘Everything is Wrong’, and ‘Play’. Also reissued is MY MORNING JACKET’s ‘It Still Moves’, deluxe LP reissued with 13 track b-sides on ATO, and finally the 10th Anniversary of SPOON’s ‘Gimme Fiction’ on 2LP through Matador..

Republic of Music have the new GOLD PANDA record, their third on City Slang records.

Warner for the 27th of May have NEIL YOUNG’s ‘Rust Never Sleeps’ DVD and Blu Ray, which is a visual document of the tour of the same name… Also the Human Highway DVD for the first time ever.. It had a very limited cinema release back in the day… Neil has decided to let it out after years.. This has been described as The Wizard of Oz on acid… 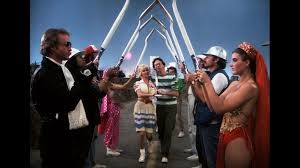 Warner also have the new MONKEES album.. First in 20 years.. Also out is a BURT BACHARACH ‘Best Of’, and the new album by BAND OF SKULLS…

Check out VINYL RECORDS CORK for all the comings and goings,

Thanks for listening,
Ray.