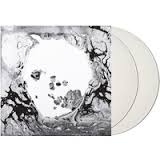 Hey everyone,
Hows the form…
Releases in the shop for today include CAPTAIN BEEFHEART, SANTANA, METALLICA, EAGULLS,GRAND MAGUS, FOY VANCE, RUFUS WAINWRIGHT and BIRDY.
Right so, on to next Friday, the 20th of May… where do I start though, quite a few of note…

Sony gets the nod to start for the 20th of May. Dylan’s new album is out next Friday entitled “Fallen Angels”, another covers album, the first record really divided people, some saying it was as good as anything Dylan has ever done, others thinking it was pure tripe.. I’m praying to sit on the fence somewhere firmly in between both views… I thought it was a nicely produced, easy listening album, well arranged and for me, vocally quite nice… not great but not shite either. Bob has sold over 125 million records now… savage like… but I do wish he was writing his own songs and not doing these covers stuff. Must have a touch of writers block… can happen to the worst of us!

Story goes (probably not true at all), when Bono met Bob for the first time, Bono questioned Bob on his apparent ease with penning songs… Bono – “they say you can write a song anywhere, at any time, at the drop of a hat??”… Dylan – “Yeah, that’s about right”… Bono – “can you write a song now?” Dylan writes some lines on a napkin and shows Bono… Bono- “wow that’s unreal, can I have it?”… Dylan – “no, write your own songs”. As I said, probably not true at all. 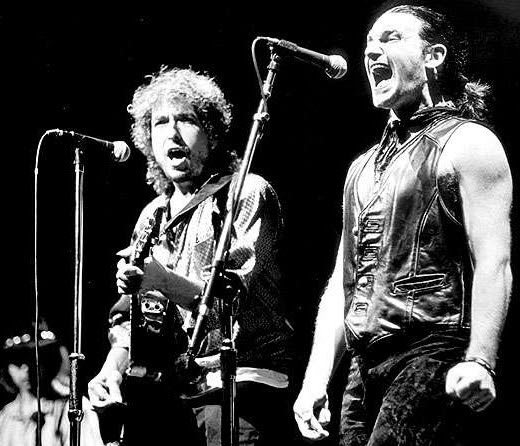 Sony also have the brilliant MANIC STREET PREACHERS fourth album… commercially massive album… “Everything Must Go” on a deluxe reissue boxset  as well as CD and standard LP. A cracking album in my opinion aside from the huge hits on it, some gems like “small black flowers” and the brilliant “all surface but no feeling”… in fact every track is strong on it… just like the new FRANKS album… its brilliant… not a weak song… really, really good… in case I didn’t tell ye already.

Sony also have the ADAM AND THE ANTS reissue of 1980’s “Kings of the Wild Frontier” on a fancy super dooper boxy thingy… I was a tad young for this at the time, only 6… but seems to be a lot of interest so I must have a proper listen.
Sony also have the new CHRISTY MOORE CD, his 25th solo album, “Lily”… lovely name… eh hem… same as the smallest… Christy wrote some of the songs on this one as well as songs written by Peter Gabriel, Declan O’Rourke and our own John Spillane.

Lastly from Sony is a new HIGHWAYMEN live one called “American Outlaws Live”… Johnny Cash, Willie Nelson. Kris Kristofferson and Waylon Jennings… four fine lads lads I’d say would make Christy look like an altar boy even in his heyday… this one is a 4CD set.

Essential have the new RICHARD ASHCROFT album on CD and double vinyl record as well as the new SATYRICON CD and LP, “Nemesis Divina”.

I had to rush purchase the indies only, one press only, really, really limited RADIOHEAD vinyl on Monday last… I ordered a few… quite a few, but have been told by the rep to stop taking names at 10… that he would try and get me more than 10, but 10 was all he thought I would get… at this point 8  customers have contacted me about the record (the white version), so only 2 more kinda guaranteed to get them… if you want to throw your hat in the ring… its first come first served… if I get more than ten white ones, they will be allocated to the names in that position… sorry about this, I know it’s not ideal… if you’re not arsed about the colour, let me know also and I shall keep for you… released for Friday the 17th of June… I hoped I would get around 20/25 of the white, but looks like it will be around 10 copies… will keep ye posted next week on developments… just telling ye the sceal is all.

Warner for the 20th of May have the BOWIE “changes one Bowie” on CD digipack and 180 gram vinyl… random black or clear are the vinyl, 50% of each being pressed… like looking for willy wonkas golden ticket… you don’t know until you open the wrapper… bit of a gimmick really… the powers that be know a lot of Bowie fans are completists and the record company are not really looking after their customers… make it limited to a number so at least the early and more eager birds will get the worms… this way (50/50 way) is less fair but probably more lucrative… don’t kill the golden goose lads… vinyl is keeping the whole thing afloat… do not piss people off… treat them right…cornerstone of any relationship is honesty, trust and respect… not making people feel like they have been mugged … bigi curamach Mr. Record company man or I won’t be coming for dinner, I can hear some Bowie fans hum.
Warner also has the second album release by Tom Petty’s band MUDCRUTCH… they actually formed back in 1970 originally… took them a while to get the debut album out… 2008… Warner also have a reissue of DEATH’s debut album “scream bloody gore” on 2CD and royal blue vinyl with codes.

I did warn there was a bit tonight… is anybody awake still? Nearly there. Universal for the 20th of May have the new ERIC CLAPTON record called “I Still Do” on CD and LP… Bleeding Heart Pigeons have the CD release of their excellent debut “is” out next Friday. Ariana Grande has a new album… Bassist and a third of the JAM, Bruce Foxton has a new solo record… contributions by Weller. Sing Street gets its vinyl release and there are some nice Jazz 5CD sets by some of the greats like Miles, Coltrane and Bill Evans.

New song tonight by the Stone Roses… one of my favourite bands (who were never properly a band, if that makes sense). Probably, if there had been more productivity, would have been my numero uno, up there competing with THE DOORS, THE BEATLES, THE CURE and THE SMITHS, (note to upcoming bands, put THE at the start of your band name).

I was 15 when the debut album dropped… all the b-sides… sheer class… the tunes were class… still are… I love the second record also… it was a disappointment for a lot of people and the snobby purists will slag it off, but this snobby purist thinks it’s a fine record with some cracking tunes… so there for ya… must say though the new song… jury is out big time… lovely riff and playing all through by Squire, Mani with his northern soul influenced bass lines and Reni is driving the beat as only the beatmaster can but lyrically it is so weak… catchy, anthemic, but so weak lyrically… where are the lyrics that caught a 15 year olds imagination:

“as the miles they disappear,
see land begin to clear,
free from the filth and the scum,
this American satellite’s won”

“kiss me where the sun don’t shine,
the past is yours but the future’s mine”

from ‘she bangs the drums’ or the adolescent awakenings from ‘going down’,

“Penny’s place, her crummy room,
her Dansette crackles to Jimi’s tune,
I don’t care I taste Ambre solaire,
her neck, her thighs, her lips, her hair”

Brownie was always a good man for lyrics, including his solo stuff like:

“fed up of excuses,
theres nothing more to say,
sands of your patience have surely drained away,
backed into a corner,
built of my design, peer into the future,
entwined is yours and mine,
I know this can’t go on if things remain the same,
drastic change is needed, its driving me insane”

…  and I’m sure there will be finely penned songs off this album…just not this one…. maybe they felt they had to open with some kind of a singalong anthem … I still love them and always will but this is no ‘I am the Ressurection’… did I say I still love them though…
Anyway, for those still awake,
sin e for this week,
Thanks for listening,
Ray