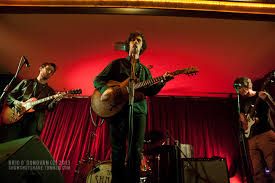 Two points of note today though, both important.

Local lads THE SHAKER HYMN are playing an instore with us this Friday at 4PM to launch their new album ‘Do You Think You’re Clever?’… If you can pop in to support the lads that would be great.. They’re playing Coughlan’s also that same Friday 22nd of April, still a few tickets left.

Secondly, a hugely important, heartfelt, genuine thank you to everyone who supported us for RSD.. Ye guys reading this.. Sheer class.. Humbling to be honest.. The support… The bands… Thank ye.. And the boys who work with me.. Thanks! 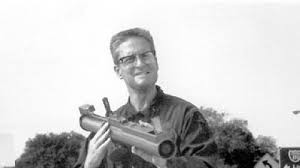 Hope all is well….

THE BEACH BOYS, AOIFE O’DONOVAN, MIIKE SNOW and Limerick’s own HERMITAGE GREEN ( nice few bands coming out of Limerick recently) two Murphy brothers in this band, one of them, Barry, won a couple of Heineken Cups with Munster in 2006, 2008….i’d say he even has a few Irish caps…

So, moving on to releases for the 11th of March, through your local friendly corporation.

How many corporations like us do you see these days actually..?

Fewer and fewer i’d suggest…and i’m not talking about my game…in general i am on about….loads of shops seem to follow a set of rules,( procedures they would call them) employees vary from them at their peril. Friendly merchandisers who can upsell seems to be the future in a duller, boring more sanitised society….the barcode will be inserted into our wrists soon….everything seems to be drowning in red tape… prefer red wine to be honest.

Anyway, excuse the tangent, onto releases for Friday the 11th March. Sony have the latest “lost” JEFF BUCKLEY record….Jeff is one dude bar Kobain and probably to be fair Bowie ( even at the age he was at) over the last quarter of a century that the music biz lost that really could have made a massive impact….Amy as well actually ( i underrated her at the time to be honest, tabloids blinded me to the talent if that makes sense)….this record contains 10 unheard and unreleased tracks, including covers of DYLAN,ZEPPELIN, SLY AND THE FAMILY STONE and THE SMITHS as well as one completely original song…..personally, i can’t wait to hear it….top 10 albums of all time change with our moods i know but GRACE is never far away…ever. Sony also have a reissue on vinyl record of SADEs best of.

Universal have the new and second record from LITTLE GREEN CARS….I like these folks a lot….cracking tunes and harmonies on the debut album and it sounds like more of the same on this record…seem like good skins as well….i messaged them on twitter some months back trying to track down the debut record on long player and they got back promptly and tried to help ( no real benefit for them responding to me as it was only released in the states and they had no control or right over it, but they still responded) some irish bands do not respond to us at all….not good enough for them maybe….makes no sense that to me, we are only trying to help, give them some profile, give them the money from any sales, it improves our shop also by stocking good unsigned Irish bands….makes no sense when a band aint interested in helping one another….

I hope this record throws  them into the super strata sphere….check out the latest tune…

Universal have debut solo album by GASLIGHT ANTHEMS BRIAN FALLON “painkillers” as well as new albums by AURORA and ALESSIA CARR….catchy tune, TRICKY have a song that sounded like it maybe…. Some new ones in from MUSIC ON VINYL next week include ( deep breath) ALLMAN BROTHERS – seven turns, BLOOMFIELD, KOOPER, STILLS – super sessions, JJ CALE – troubadour, JOHN CALE- fear, MILES DAVIS – get up with it, DEATH CAB FOR CUTIES – codes, plans and narrow stairs, PHIL LYNOTT – solo in soho, IMELDA MAY – love tattoo, soundtracks to FORREST GUMP and THE COMMITMENTS and last but not least LLOYD COLE – rattlesnakes……few gems there.

PIAS have the LUCIUS record “ good grief” on PLAY IT AGAIN SAM as well as EMMY THE GREAT “ second love” on BELLA UNION.

On the local scene, we are delighted to announce news of the release of the second album by THE SHAKER HYMN….inside in the corporation we love their debut album….as good an indie pop/rock record you won’t have heard in the last year or two…heres a track from the debut album, do yerselfs a favour and have a listen to it….consider it a friday treat….

THE SHAKER HYMN – NEW ALBUM “DO YOU THINK YOU’RE CLEVER?”

The Shaker Hymn have announced the release of their second album “Do You Think You’re Clever?”.

With a release date of April 1st, it is the group’s second album to be released in just under two years.

Produced and engineered by Brendan Fennessy (drummer of the Waterford quintet O Emperor), the band spent little time hanging around, completing the recording of the album in only nine days.

Dynamically rich and sonically colourful, Do You Think You’re Clever? sees a marked advancement on the band’s previous output, with the Cork quartet incorporating both a brass and string section to serve their growing maturity as musicians and songwriters.

Check out the video for ‘Trophy Child’, the lead single to be taken from the forthcoming album:

We really are excited about this album release….great up and coming Cork band….we hope to get the lads into the shop around release time for a tunes….we will keep ye posted on that.

REPUBLIC OF MUSIC have the soundtrack to OBLIVION with M83 on double LP….once off pressing…

SOAK just won the choice….well done Bridie girl….got a few mentions on these pages in the past….when you were just 16 first i think….well done….some fine irish albums last year to be fair….i would have had  HEDGE SCHOOLS and THE NORTH SEA albums in there….two great albums….but good stuff all round.

Warner for the 11th of March have a new album by KILLSWITCH ENGAGE “incarnate” , the new DREAMTHEATER album “ the astonishing” on 4LP and GAVIN JAMES album finally landed on LP.

Proper for next week have an EDDI READER best of CD as well as STEVEN WILSON reissues on CD including “ the raven who refused to sing “ . Late news on in the background….Trump going to be the next american president….we are going to have a different Taoiseach for every season going forward….Gerry, Mickey, Leo and Danny healy rae ( ye smart alecs will have to go through me to get to him….that Danny) and the best of all….one of the two banks showed 1.9 billion profit today for 2015….the crowd that are backing brave…that crowd…..1.9 billion….yes with a B…..AH MAN…..i got a bill today from the other great bank in this nation for 3 months of the year for the pleasure of doing business with them….718 euro for maintenance and cash handled only ( we aint Dunnes by the way) ….i scratched my nose a couple of times in there, breathed some air in the vicinity of the bank…..not kidding here bank and credit card charges in 2015 amounted to 4710 euro…..nearly 5% of the cost of keeping the shop trading….is it just me or does anyone else want to vomit….for what ….5 k for what….what a country….danny healy rae for Taoiseach…. Anyway, before i turn into Michael Douglas in Falling Down….is that a large fries sir